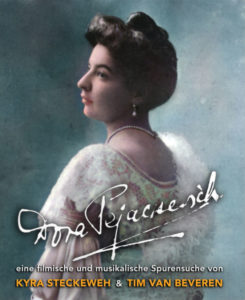 Dora Pejačević (1885-1923) came from a noble Slavonian family and grew up in her parents’ castle in Našice. This privileged background enabled her to develop her musical talent, complemented by a comprehensive general education and private music lessons from renowned teachers.

She led a very eventful life and travelled several times a year extensively.

We are convinced that this extraordinary woman’s life and work offers enough material for your own program-filling film and have begun to implement this project.

More information you will find at dora-pejacevic.com. One day the Leipzig pianist Kyra Steckeweh discovered that her repertoire consists only of music by men. Then she began to search for pieces by composers and her research quickly brought to light a variety of fantastic piano works, which are almost never played until today. She met a selection of four very different composers, all of which left a diverse oeuvre. In addition to the intense Kyra Steckeweh now also wants to look “behind the notes” in an exploration of music: how did these women live? What resistance did they have to fight? How did you master them? The film »Women Composers« highlights the historical and personal circumstances under which the four women of the 19th and early 20th centuries created their works. The Berlin-based filmmaker Tim van Beveren accompanies Kyra Steckeweh on her search for traces through France, Italy, Poland, and Germany, exploring the life and work of Mel Bonis, Lili Boulanger, Fanny Hensel, and Emilie Mayer. She meets experts who are scientifically concerned with the subject and she also asks questions about the current situation. How is the musical heritage of the composers handled today? Why is their music performed so rarely? At the piano, Kyra Steckeweh brings to life the music of Mel Bonis, Lili Boulanger, Fanny Hensel and Emilie Mayer, including previously unpublished works, and at the end of the cinematic journey, you get almost the feeling of knowing the composers in person. Its world premiere was on May 30, 2018, at the Babylon cinema in Berlin Mitte. Guests were also many of the contributors. For the first time, the Piano Sonata in D minor by Emilie Mayer, which Kyra Steckeweh recorded for her newest CD and this film, was heard in Berlin. The composer died in 1883 in Berlin. In the course of filming, her lost grave at the Berlin Trinity Cemetery was rediscovered. In October 2018, the film was awarded at »Alive International Documentary Film Festival« in Los Angeles,USA as »the best documentary film about a women’s topic«. It received the title of “Best Documentary Film” at the »10th World Music and Independent Film Festival« in Washington DC on January 2019 and the New York Movie Award. In October 2020 the film received the OPUS KLASSIK 2020 award in the category “audio-visual production”.

The film is also available in an English narrated version, that was finished in Summer 2019.

In the USA and Canada it is exclusivly distributed by FILMMOVEMENT Inc. since January 2021.

In the rest of the world the English language version can be seen as Video on Demand (VOD) here on Vimeo.

WOMEN COMPOSERS FOR EVERYBODY Due to the very high popularity, especially from the cinema theaters audience, we have decided to realize more documentary portraits about “forgotten composers”. The research and the first conception phase is completed. As before, the pianist Kyra Steckeweh will search for clues to threeadditional and outstanding composers and be accompanied by the camera. Filming is expected to take place in the first and partially in the second half of 2020 in Germany, England, Austria and Croatia. It will also be the first to bring unpublished piano works by the protagonists to the fore. The films will be shot in HD format. As we see the works of these women as our common cultural heritage we decided to make these episodes available via the internet and free of charge for everybody, in the best sense of »creative commons«.

Update: Due to COVID-19 restriction the project has been re-evaluated and postponed. 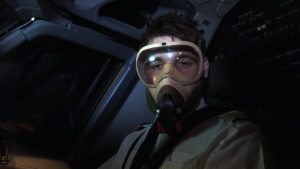 Almost every day there are new incidents with toxic cabin air. It seems that the manufacturers have quietly and publicly unnoticed initiated their departure from the cause of the problem: the bleed air – technology introduced long time ago. But that does not help much to those who are affected. Those responsible for airlines, their reinsurers, authorities and inspection bodies look away and stubbornly ignore the new scientific findings so far. But further medical scientific studies point straight to the dangers in the cabin air. In France there is the first criminal case, initiated by a former pilot of a low-cost airline. We will test it: how dangerous is poisoned cabin air for passengers? How are those responsible today dealing with the problem while it may no longer be swept under the carpet? 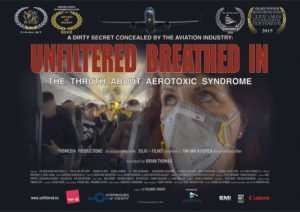 The award-winning documentary on poison in the cabin air of full-length aircraft. Available as DVD and as Video on Demand at Vimeo.  The film is based on the research of aviation journalist Tim van Beveren, which he conducted into the issue of contaminated cabin air on aircraft since 2008. First, a 45-minute version should be shown in summer 2014 in the ARD. But after almost 30 years, this production broke up the relation between longtime collaborator, journalist and filmmaker Tim van Beveren and the WDR after only a “softened white wash version” was shown there and the broadcaster repeatedly violated agreements and agreements with protagonists.

This “directors-cut-version” of the film also shows what the public broadcaster apparently wanted to withhold from its paying viewers. 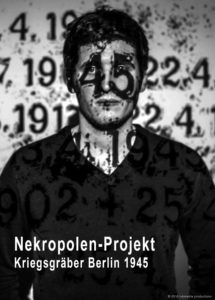 In a cooperation with alumni of master classes of the Berlin University of Applied Sciences Berlin and the Volksbund Deutsche Kriegsgräber-Fürsorge eV a very special multi-media installation and a 30-minute film about the project was produced. It is about the last major offensive of World War II in Europe , the “Battle for Berlin” which lasted from April to early May 1945, and which ended with the unconditional surrender of the capital. The war came back to where he had taken its origin. The battles for the capital did cost thousands of lives of soldiers and civilians. The Berlin district Neukölln bundles in cultural, religious and social diversity all the features of the metropolis Berlin – even historically as a necropolis. Here on 16 cemeteries about 15,000 individual war graves and massgraves are located with an area of ​​approximately 1600 m2, an urban layer in the midst of everyday life. This layer resembles an ancient necropolis – but above the ground. Although most burial sites are open to the public, very few are part of the general perception. The majority of these war victims therefore remain invisible, regardless of origin, age, role, fate. The presentation and the multi-media installation is “timeless” and presents the use of historical as well as current image and video material from war zones of the present, likewise as numerous students, who originally come from these areas. So this all builds a current reference for dealing with the themes of “necropolis” and “war”.